Do you speak another language?  Do you have a goal to learn a new one?  In this post, Ms. MacLuckie interviews two of our staff members about their language learning experiences.

There are almost 7,000 languages in the world. While some languages are spoken all over and reach almost every continent, other languages may only be spoken by a small group of people in a specific area. It is overwhelming to think about trying to learn one, other than your native language. Learning another language can be a time consuming, difficult, and often frustrating task, but proves time and time again to be a valuable skill.

There are a few members of our staff that speak two, maybe even three or four languages. Here, they answer a few questions about their language journey and even offer advice to students attempting to learn a second language! 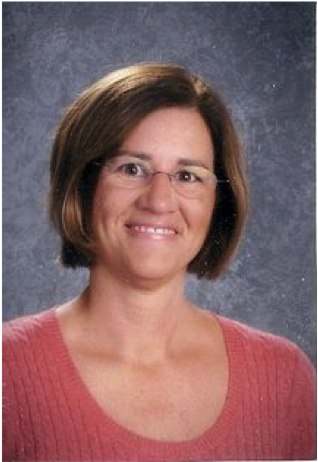 1. What is your “language” story? (i.e., native language, how did you learn your second/third language) I am a native English speaker.  I studied Spanish and French in high school and college, and attended college in Spain during my junior year in college.  My bachelor’s degree is in Spanish.  I have spoken Spanish for many of my jobs, including flight attendant, community banking, and now teaching.

2. What do you feel are the biggest benefits that you have gained from learning a foreign language? I have learned so much more about the English language!  I actually translate English grammar questions into Spanish, figure it out, and then translate it back to English.  My vocabulary has grown by knowing many more root words.  I have a much better appreciation for other cultures and anyone who can speak more than one language fluently!

3. What difficulties/frustrations did you encounter along the way?  Listening to a teacher speak Spanish in class is in no way similar to hearing a native speaker speak.  I had six years of Spanish before setting foot in Spain, and I understood NOT ONE WORD for a month.  I could not even tell you where the words stopped and started.  What a wake-up call!  But I learned so much that year and improved my accent and my speaking ability.  My college professor visited me while I was in Spain and he was shocked at how much I had improved.  I also do not stick out as foreign in Spain.   Many thought I was a native speaker… until I opened my mouth!

4. What would be your biggest piece of advice to students that are currently studying a foreign language?  Work on your language skills EVERY DAY; Practice, practice, practice. 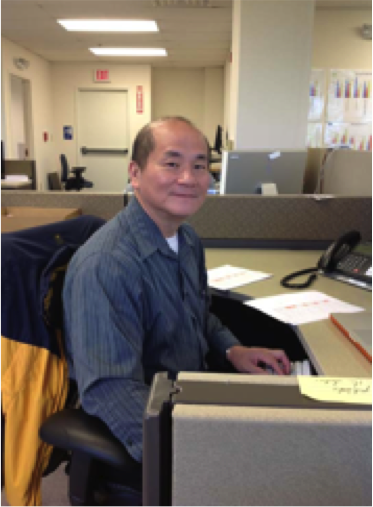 1. What is your “language” story? (i.e., native language, how did you learn your second/third language)

Don’t trust the spell check! A few years ago, I had an opportunity to send an email notice to the education technology directors of 13 school districts. In the message, there was a sentence “after careful evaluation…” I spelled “evaluation” wrong, but did not realize it. I ran spell check. It gave me some words. I just clicked “Replace” without even looking at it and then sent the message. The second day, my supervisor called me to his office. Guess what; the sentence became, “after careful ovulation“.   Since this incident, the department secretary must proofread all of my outgoing emails!

Many years ago, I got a rare opportunity to study German for 2 years intensively. After the 30-hour pronunciation sessions in the first week, whenever I spoke English, I would say “he ist” instead of “he is”. It was a hard time. My brain mixed German with English, and I often used words from both languages in an English sentence.

2. What do you feel are the biggest benefits that you have gained from learning a foreign language?

Languages are tools that help you access a lot of valuable information.  Languages are often related to each other. Once you have learned a language, you might gain some knowledge of other languages. In this competitive society, being a bilingual, trilingual, or even multilingual person increases your opportunities in many ways.

3. What difficulties/frustrations did you encounter along the way?

My first English class was in 7th grade, for two hours a week. It was not fun at all. We had to remember how to spell a word, then the teacher often asked us to recite the spelling. If we did it wrong, we got punished—whipped on the palm with a thin rattan stick.  Even today, I still have problems with English spelling and grammar. Whenever I write something I need to spend a lot of time checking spelling and grammar.

4. What would be your biggest piece of advice to students that are currently studying a foreign language?

Practice, practice, and more practice. The first step is to get familiar with the sound of the target language. Listen to songs or watch TV shows and movies of the language you are learning. It doesn’t matter if you didn’t understand anything. All you need is to let your ears (and brain) get used to the “noise.”